Add tasks in the iOS app

Create tasks, subtasks and repeating tasks, add tasks from within the app, using voice input, from Gmail, and from other apps on your phone

Written by Emily Jones
Updated over a week ago

There are lots of ways to create tasks in the mobile app. We go over all of them here so you can figure out the way that works best for you:

Tap the plus (+) button to add a new task at any time. 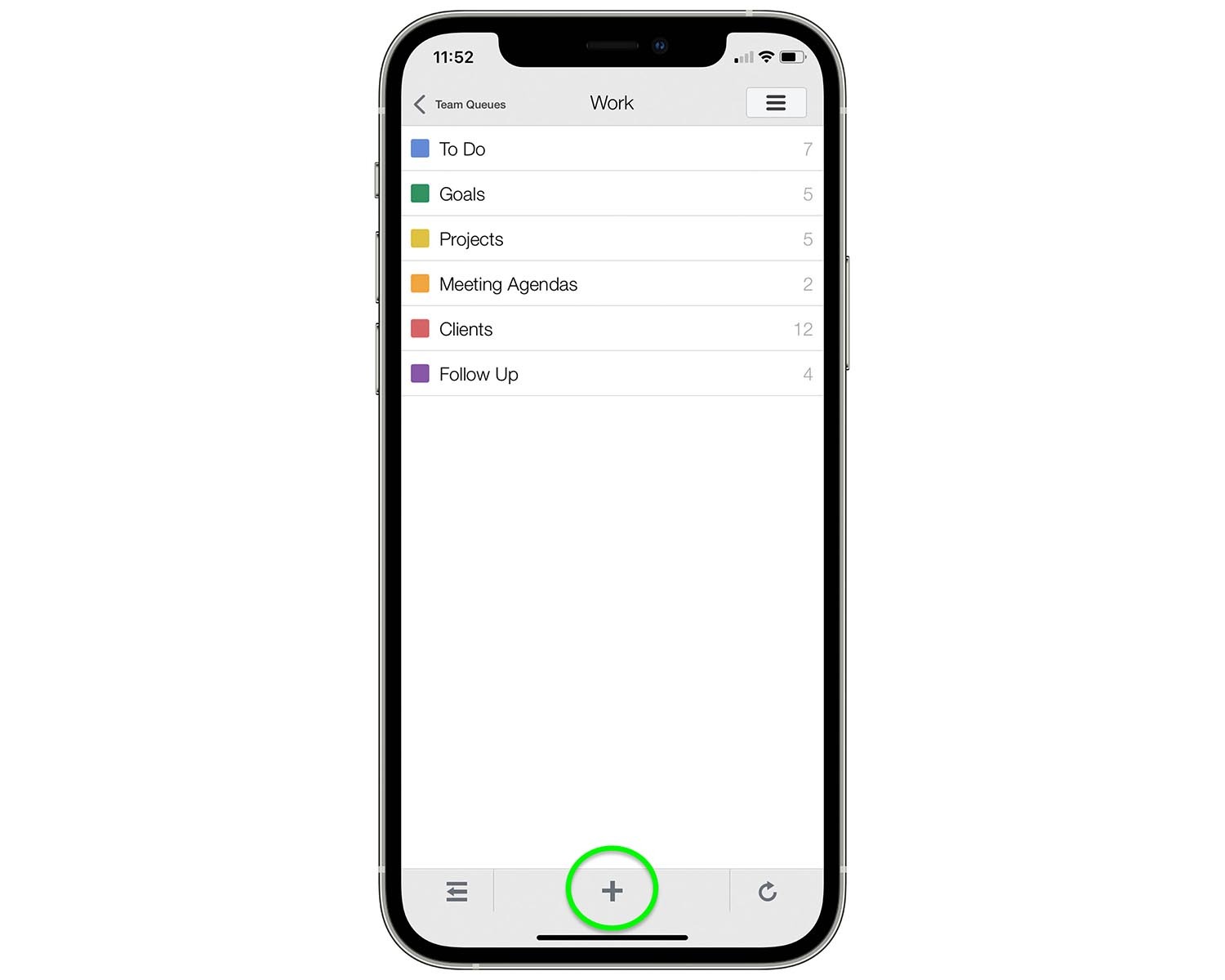 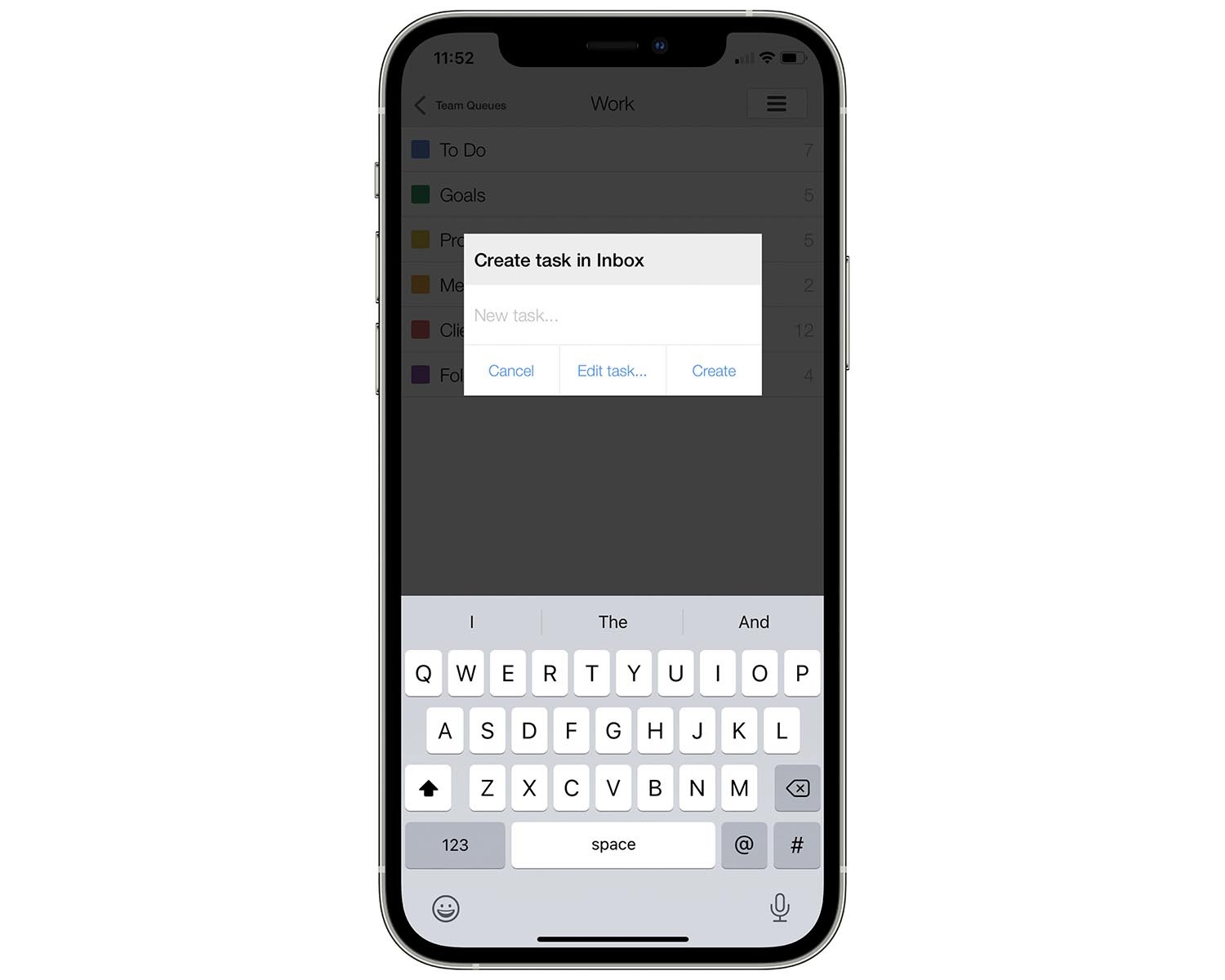 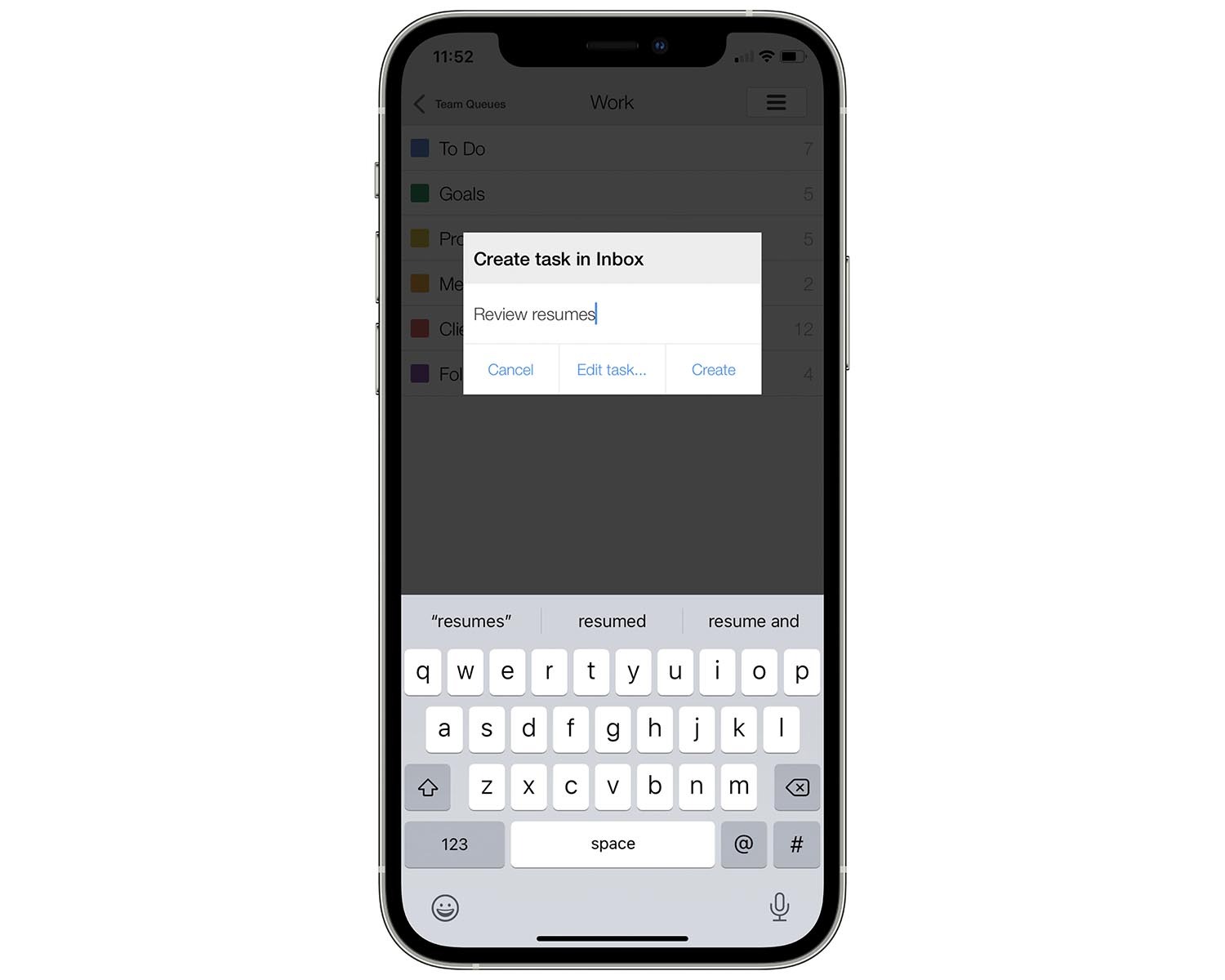 Tap the Edit task... button to specify the task details or change the queue. 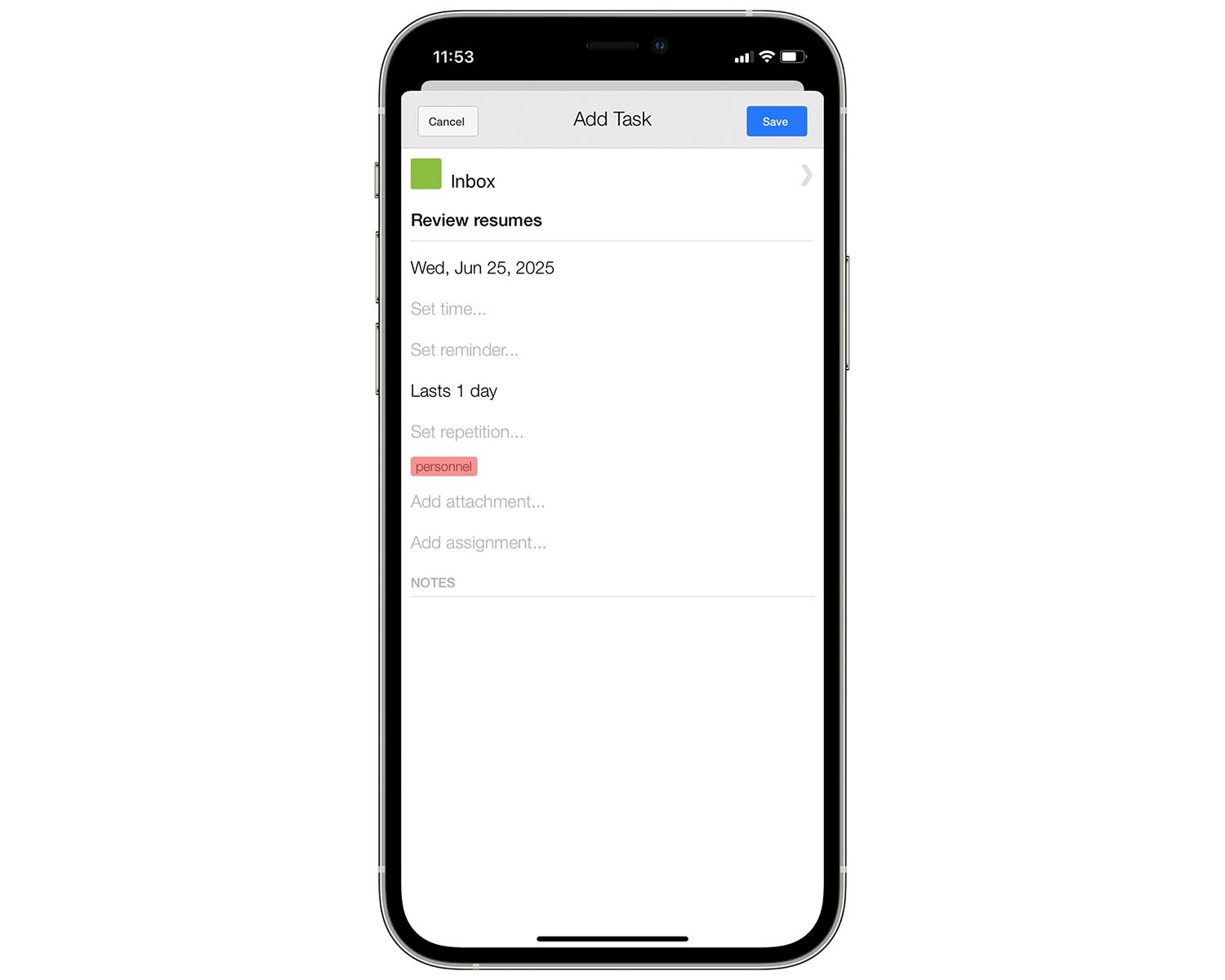 To add several tasks in a row, tap and hold the Create button after typing your first task. 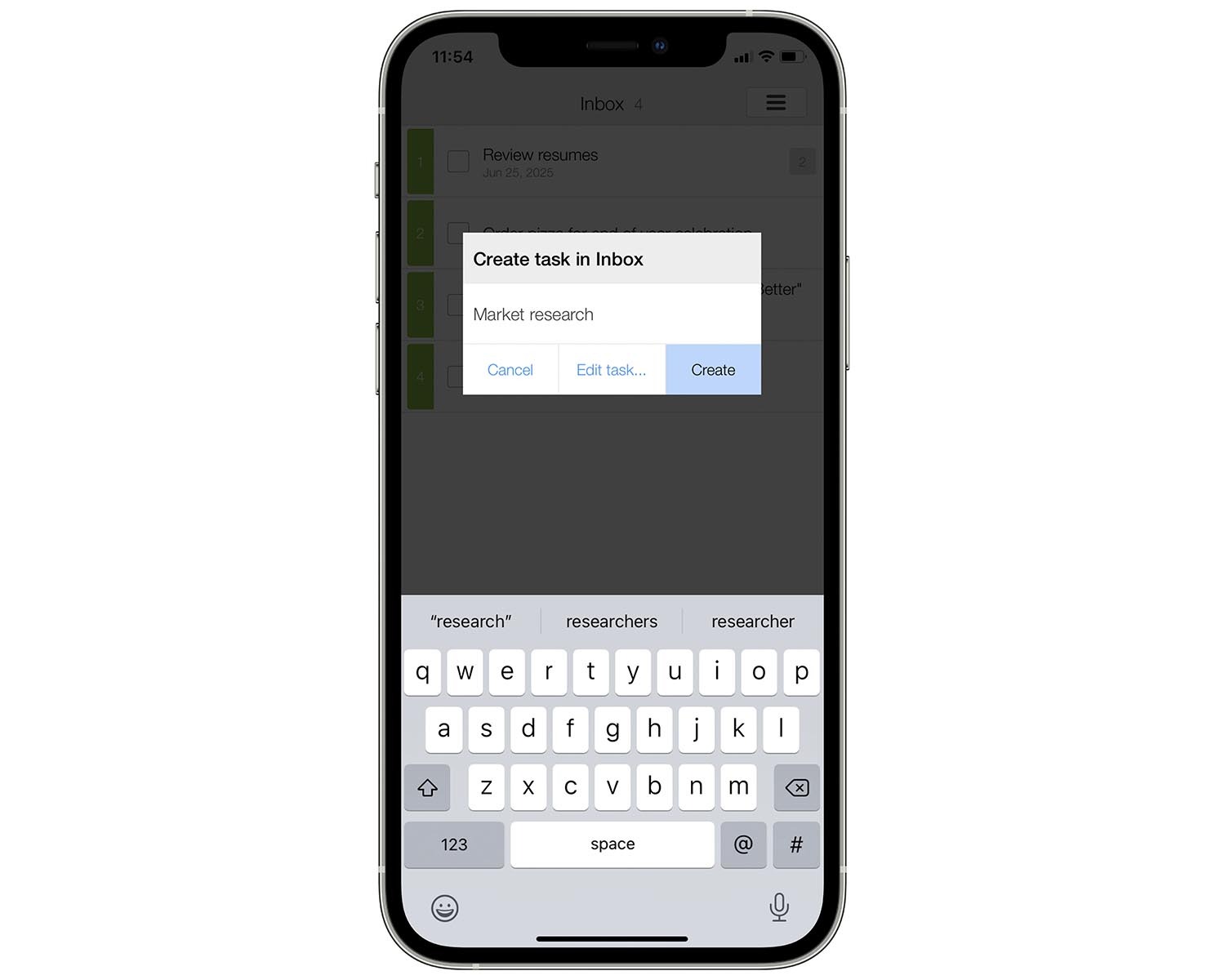 The task will be created and you can begin typing your next task without tapping the plus (+) button again. 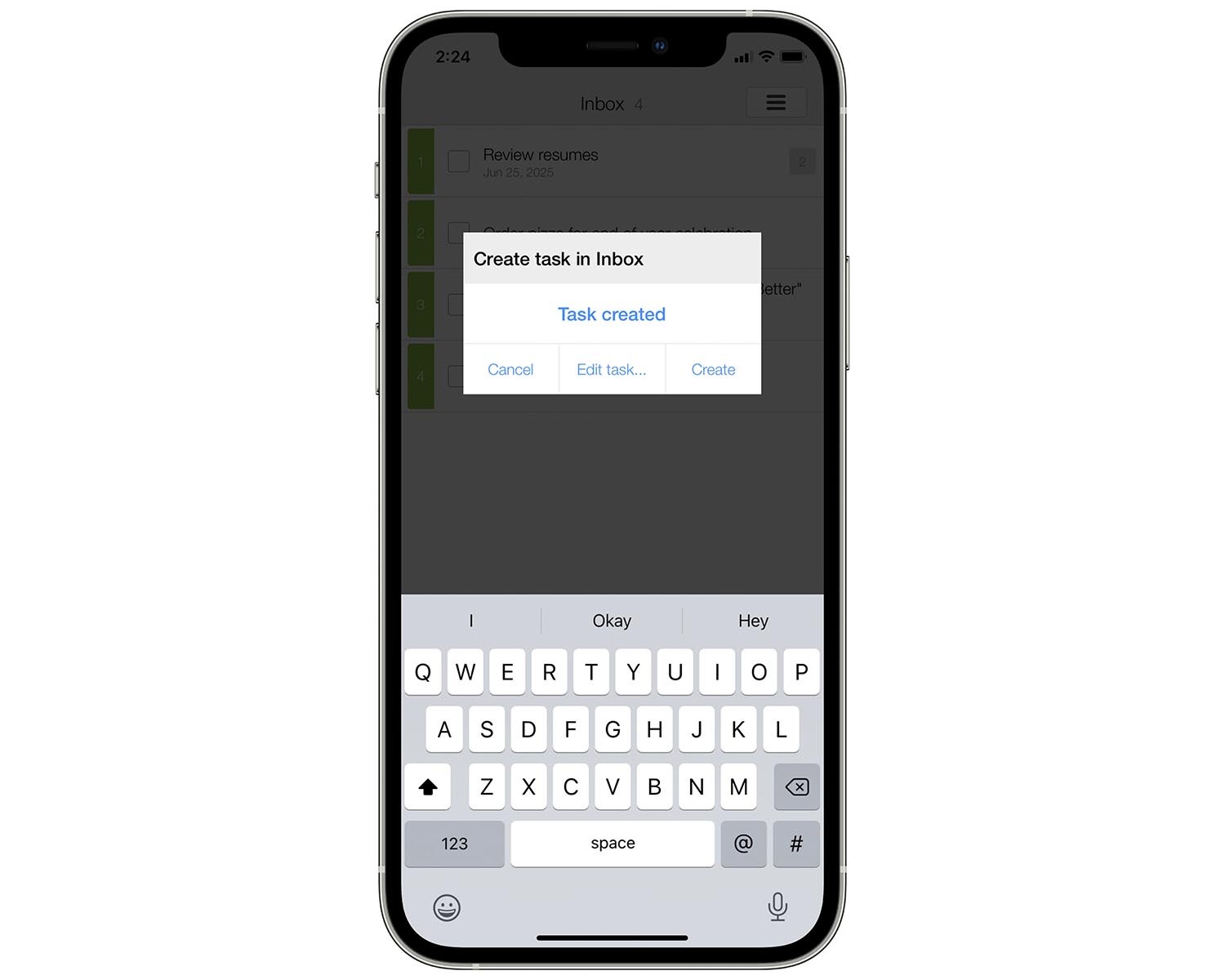 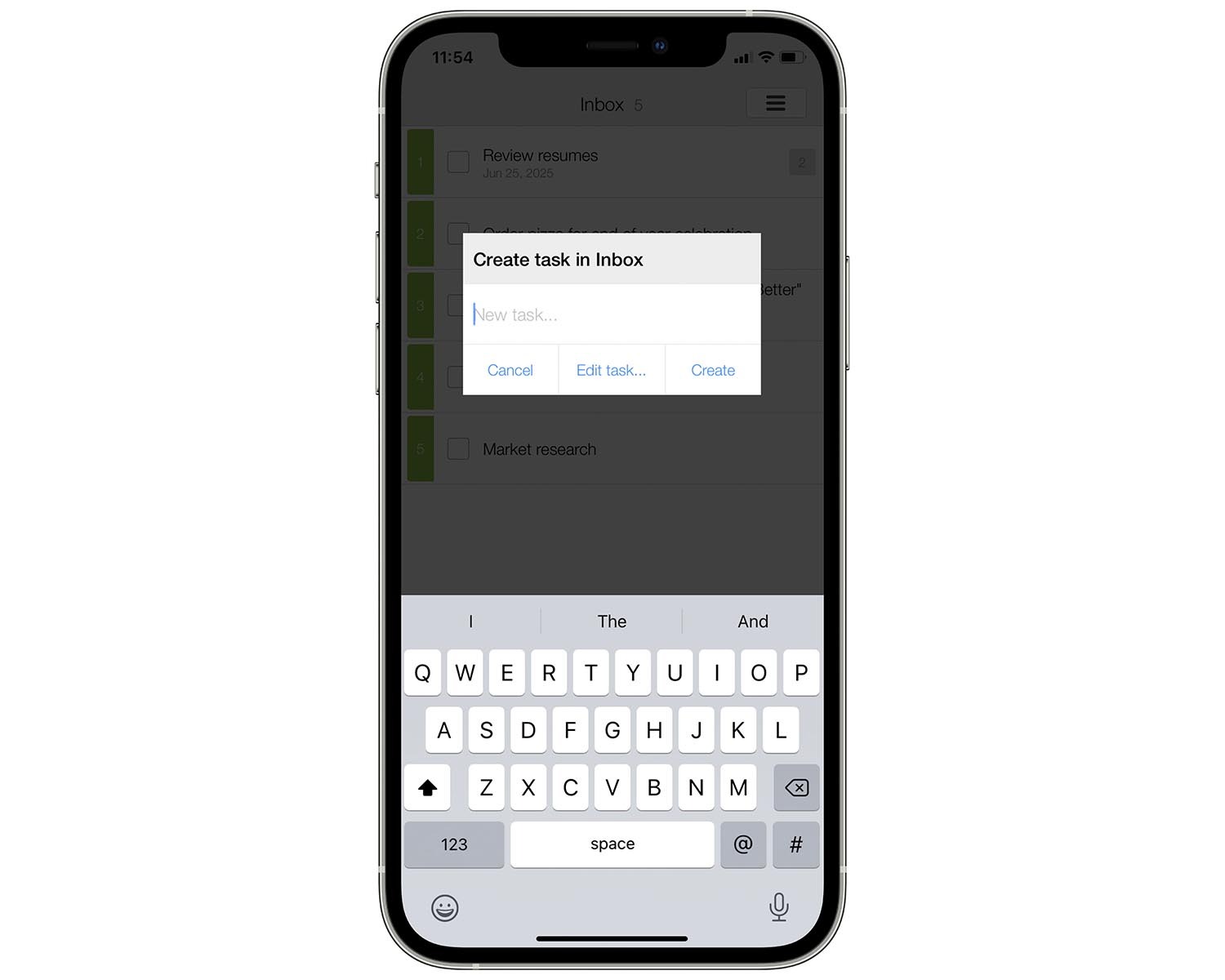 To create a repeating task edit the task, set a date and tap the Set repetition field. 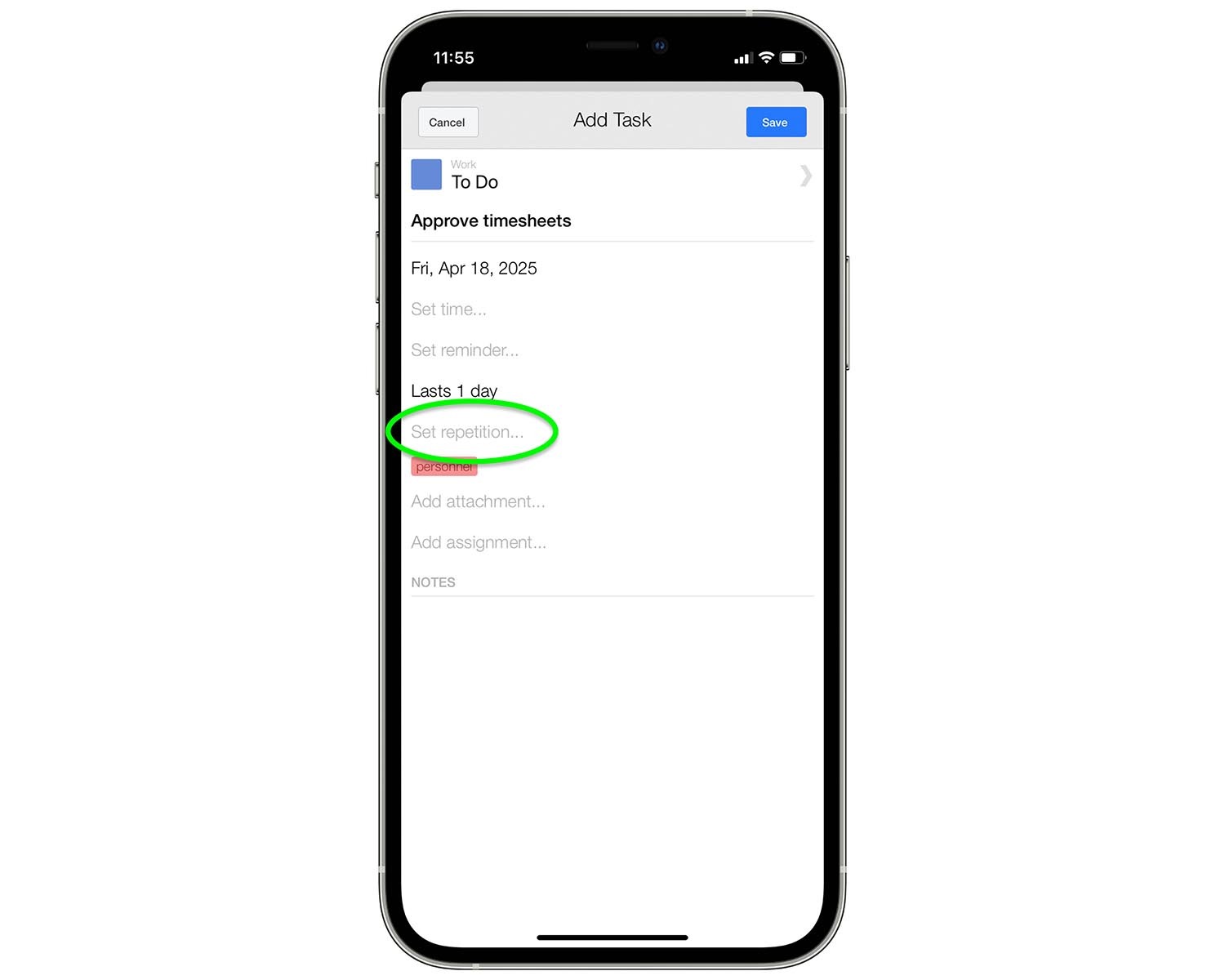 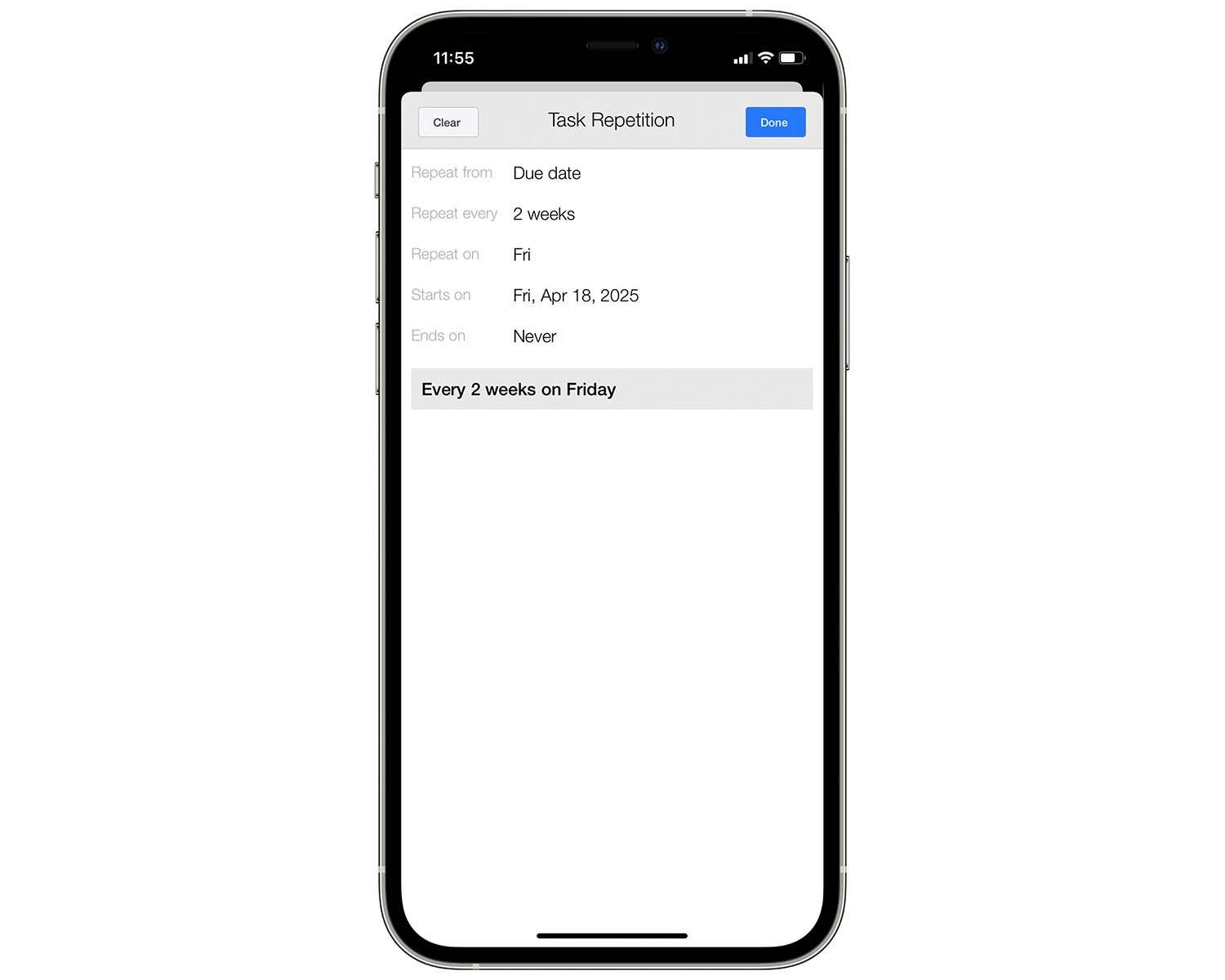 Now your task is set to repeat according to the pattern.

Whenever you complete a repeating task a new instance will be generated based on the pattern. 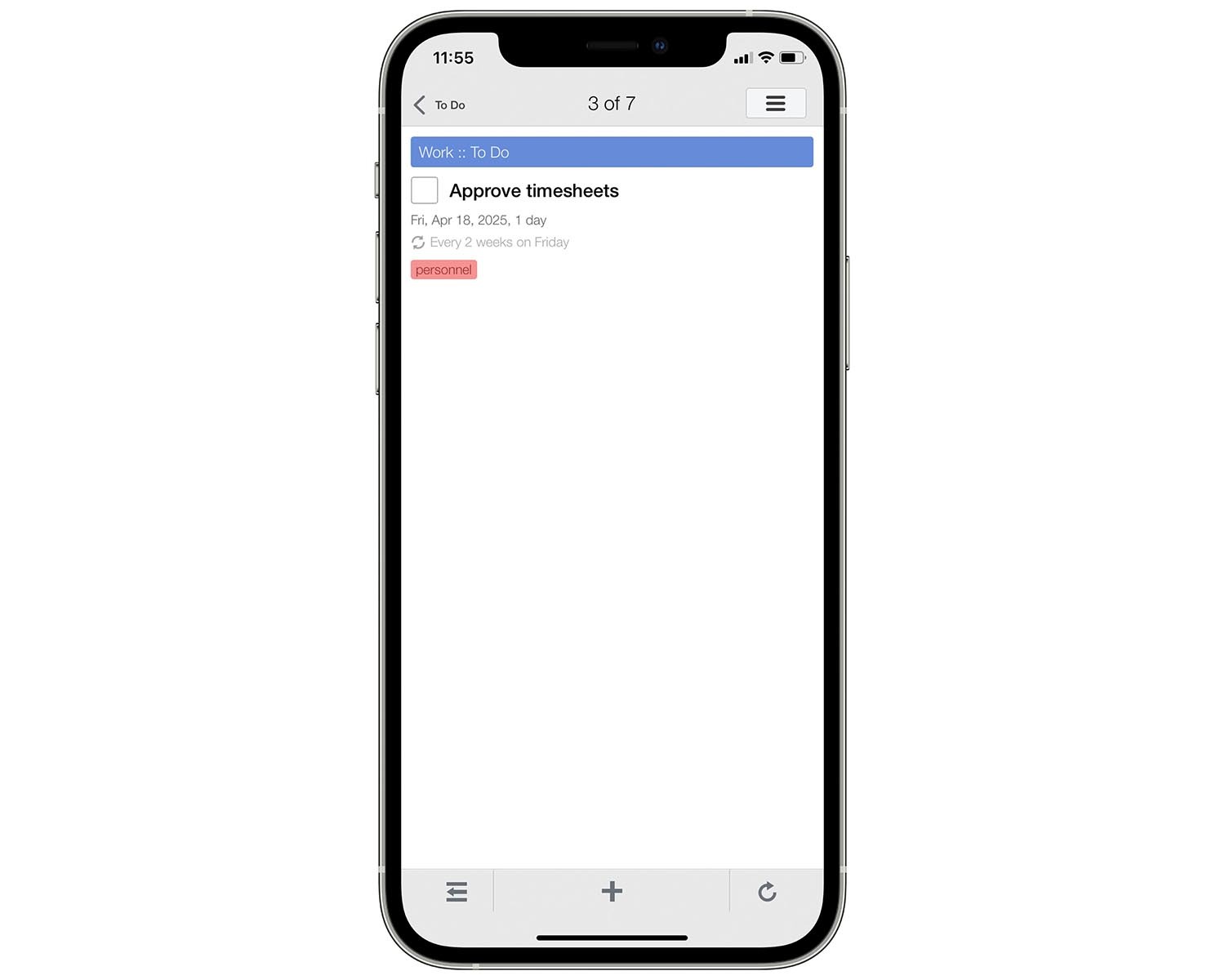 To create a subtask, swipe left on the parent task and tap the More actions button. 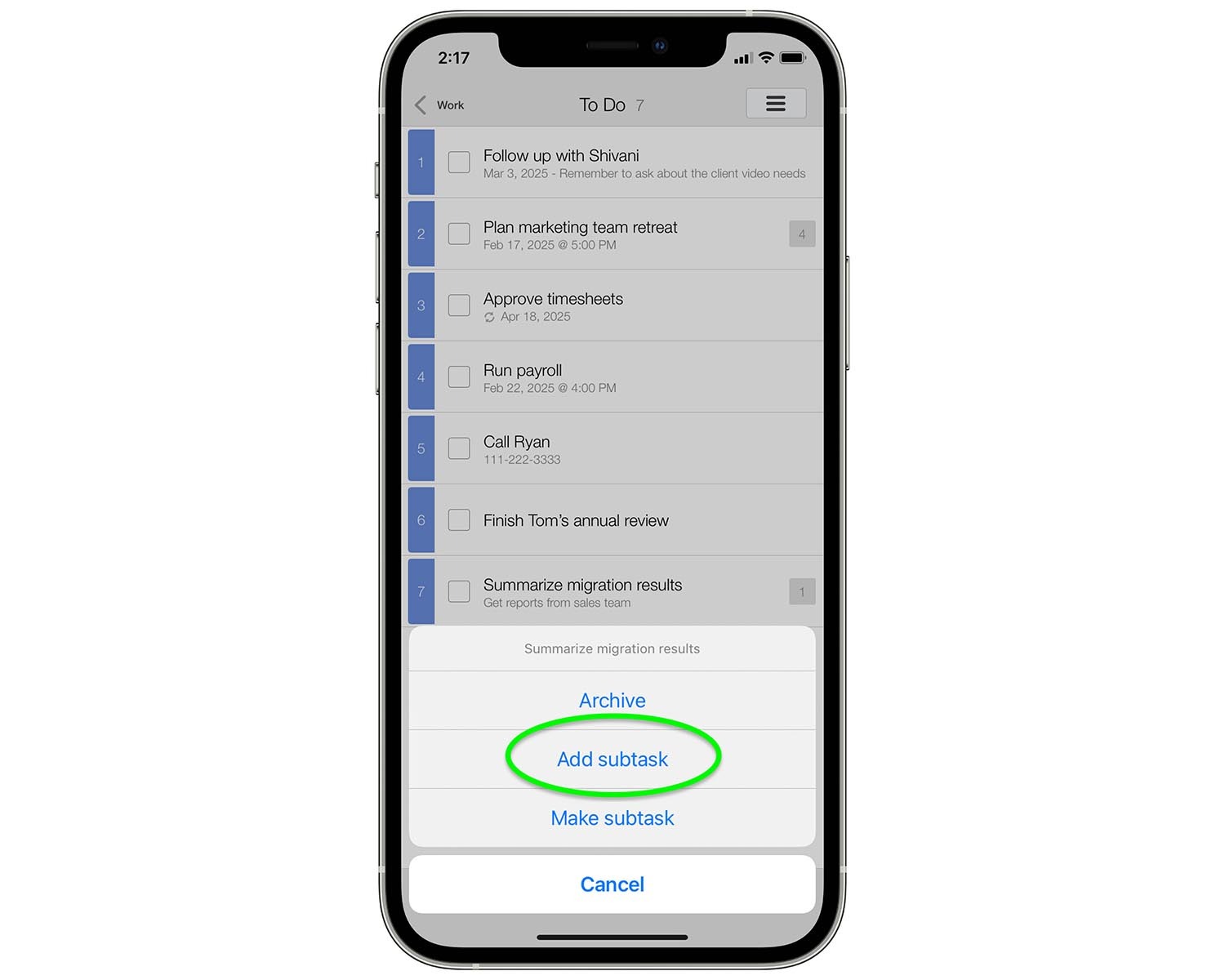 Or from the task details you can tap the Add subtask button. 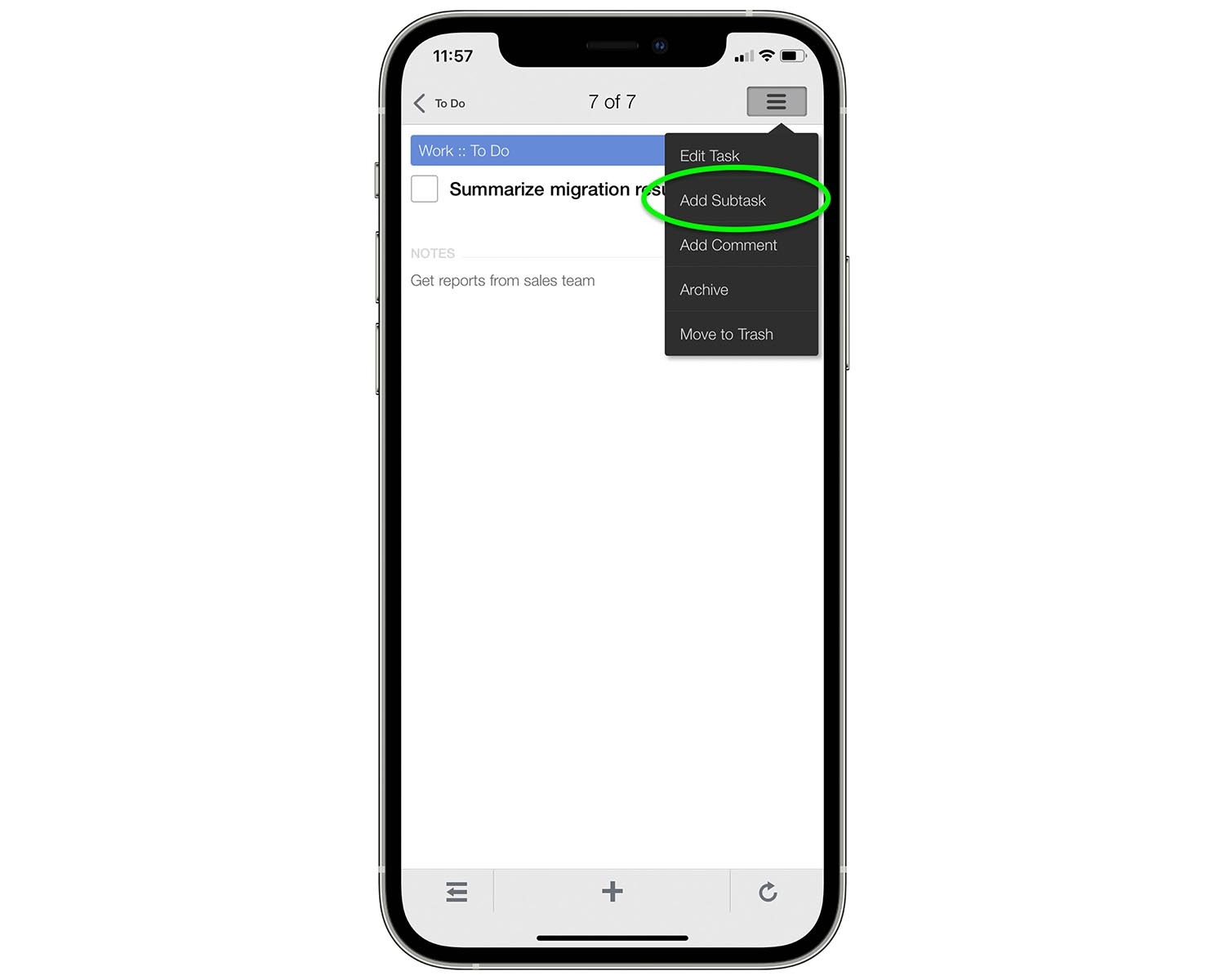 Enter the details for the subtask and save it. The number of subtasks will now appear on the task which you can tap to view the list of subtasks. 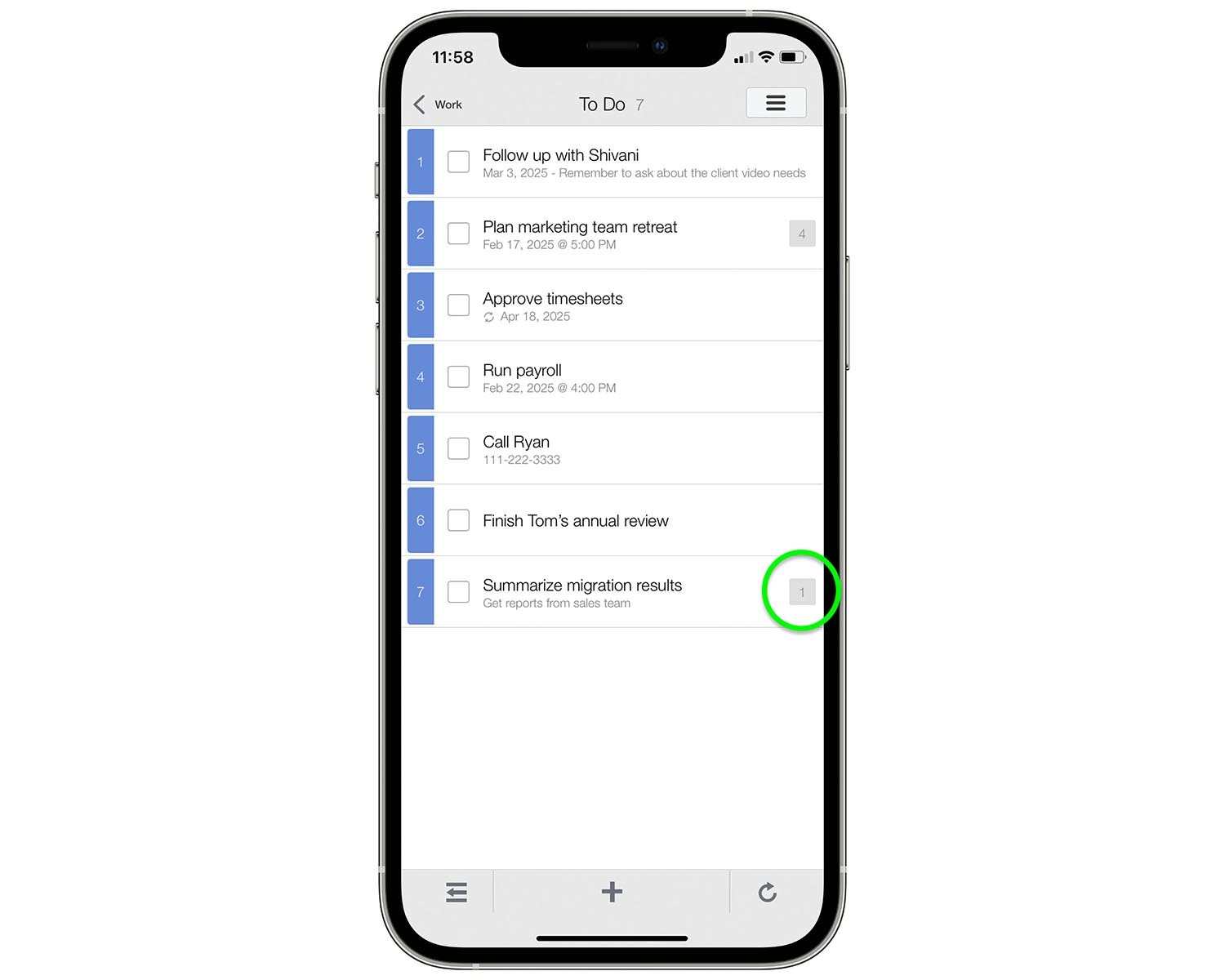 To make an existing task a subtask, position the task underneath the task you want to be the parent, swipe left and tap the More actions button. 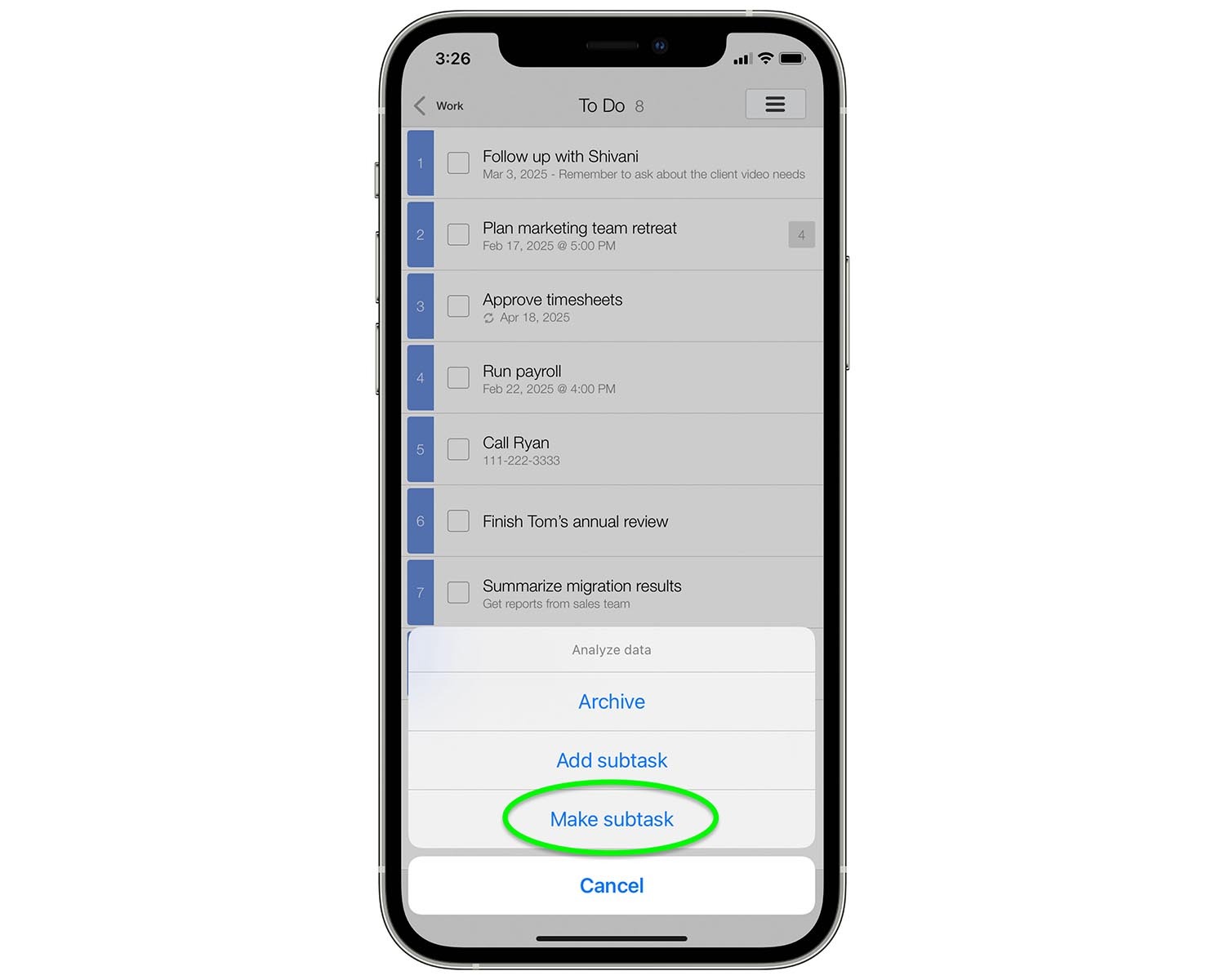 To make an existing subtask no longer a subtask swipe left and tap the More actions button. 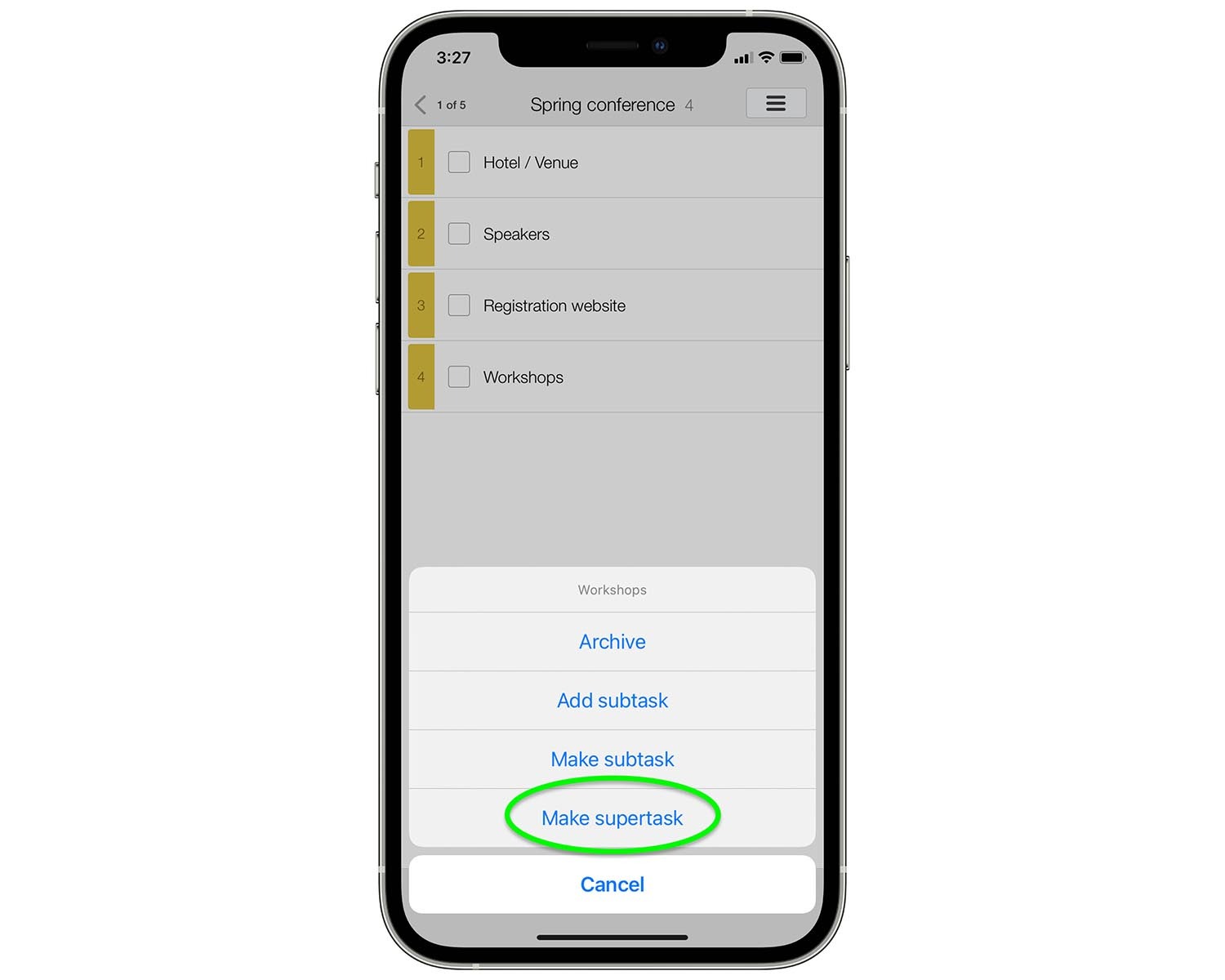 When adding a new task tap the microphone to speak your task instead of typing. 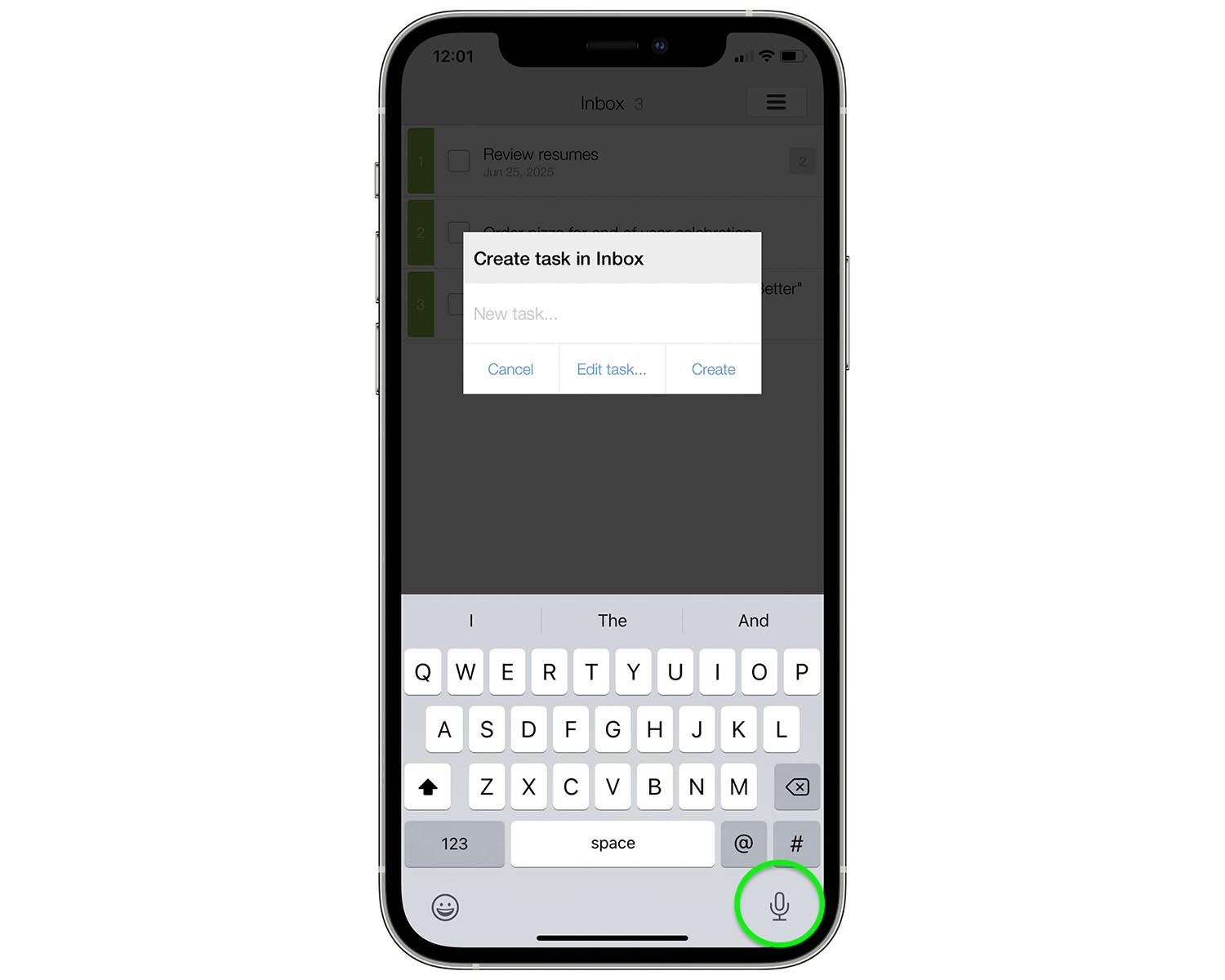 The text will appear which you can edit if needed. 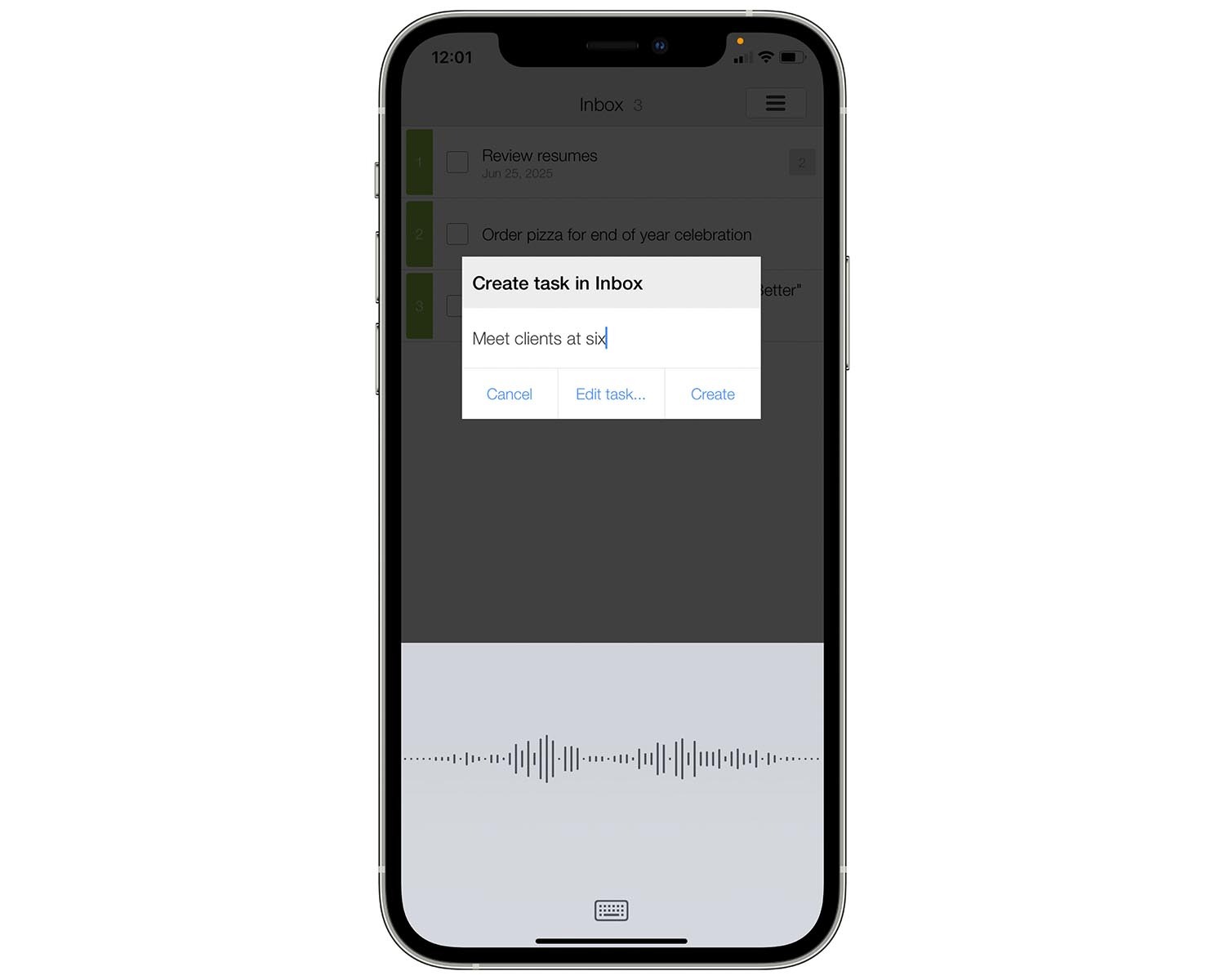 You can turn emails into tasks from within your Gmail app on your mobile device. While viewing the email you'd like to associate with a task, scroll to the bottom of the email and tap the GQueues icon in the Available Add-ons section. 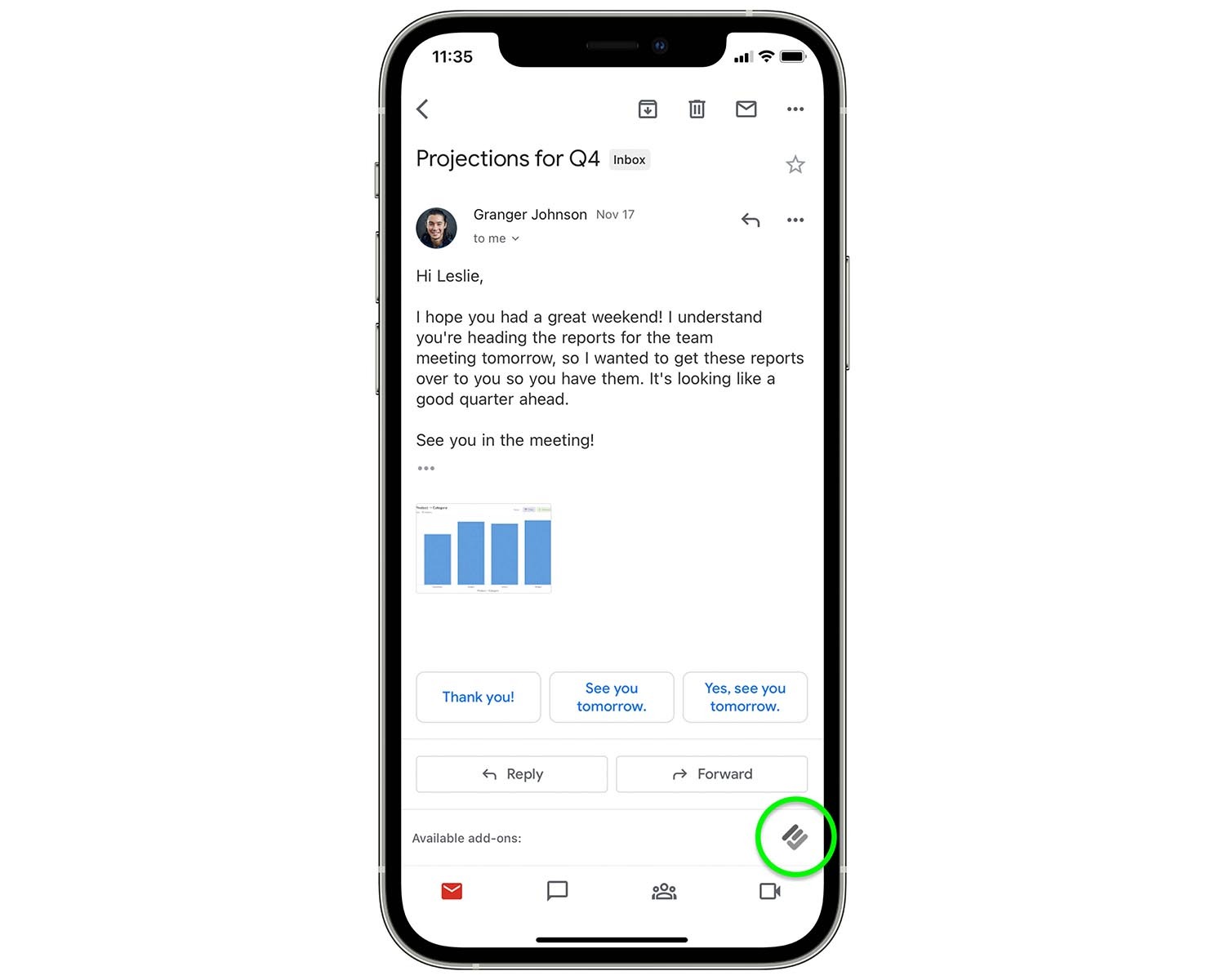 To view the Add-on in full-screen mode tap the header bar and it will expand. 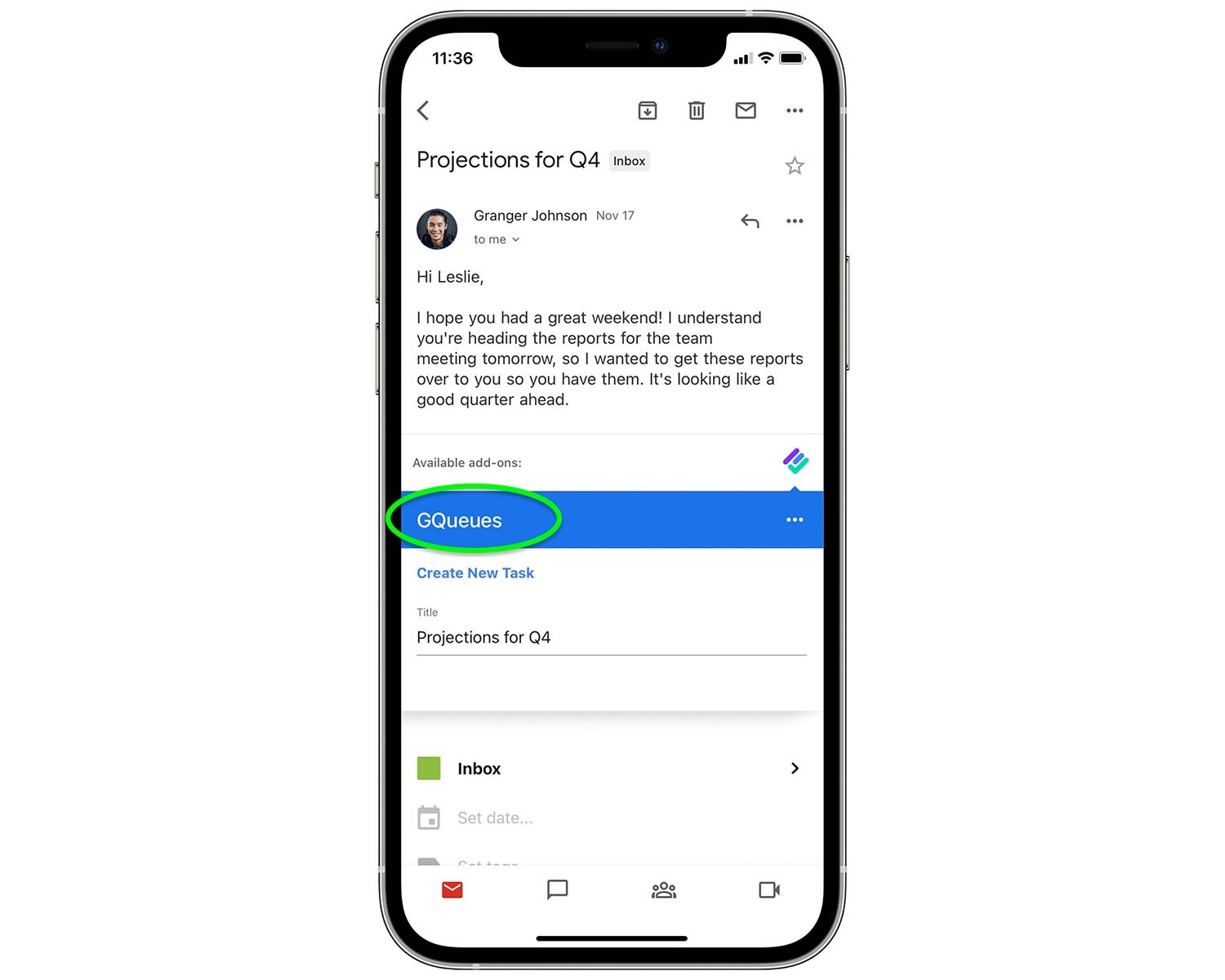 Set the details for the task as desired. 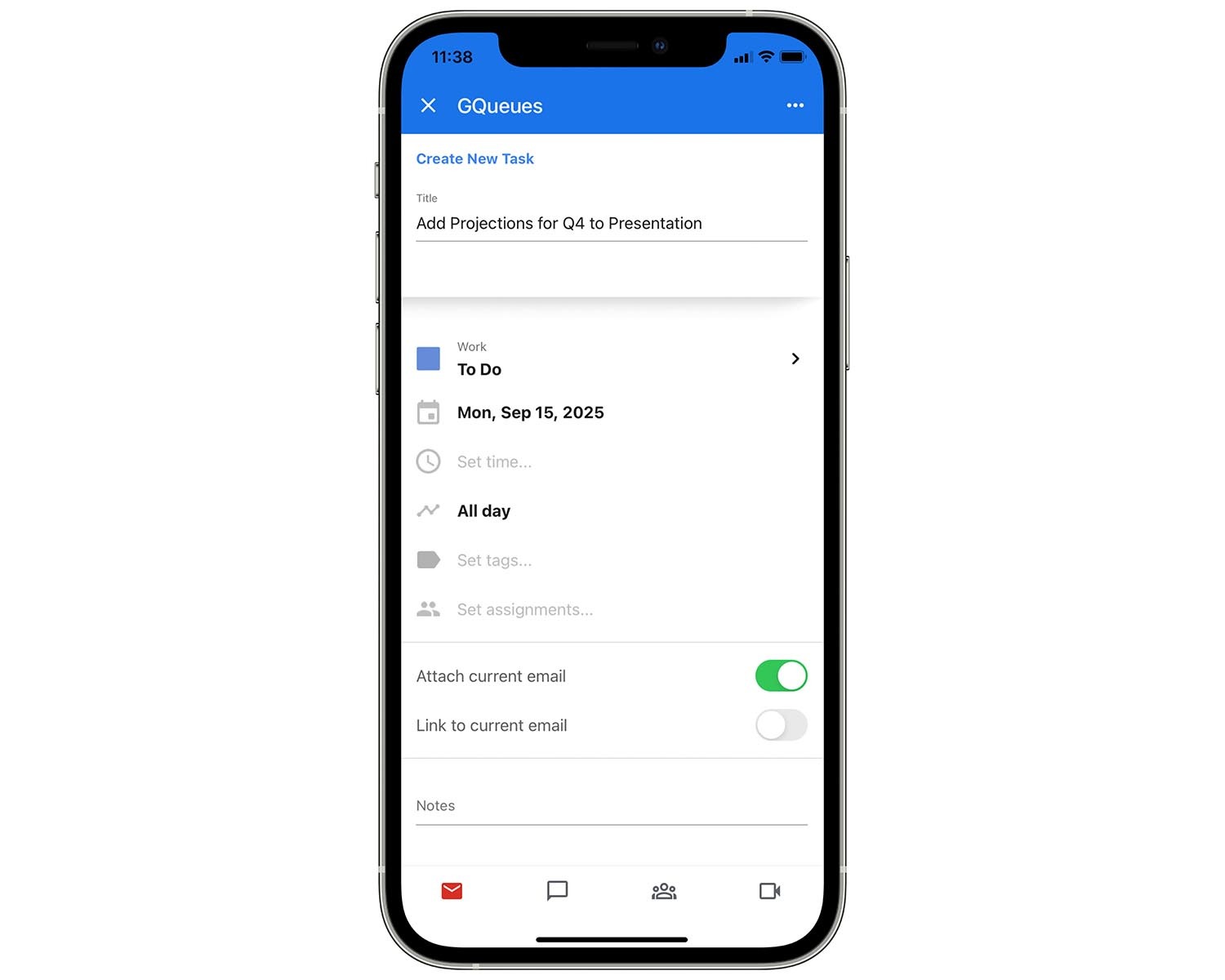 Scroll to the bottom and tap the Create Task button. 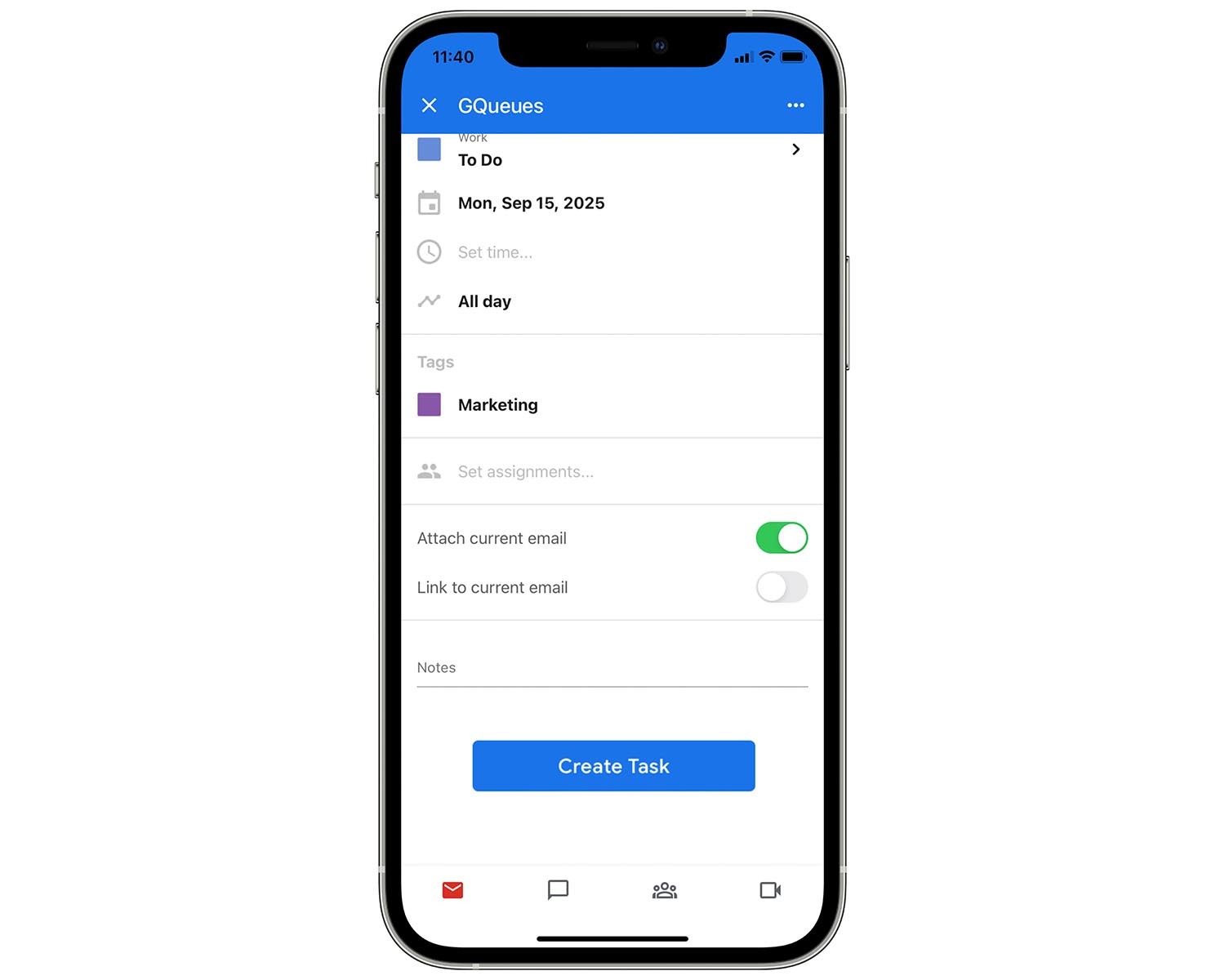 Please note: Google hasn't updated the iPad Gmail app to include add-ons. Until they release an update that will allow users to access their add-ons while using their iPad, GQueues users can only access the Google Workspace Add-on on the web and the iPhone app.

You can create tasks from other apps on your phone that support the Share button.

For instance, in Safari you can create a task out of a web page by tapping the Share button.

The first time you will may to activate GQueues by tapping the More button and switching on GQueues. 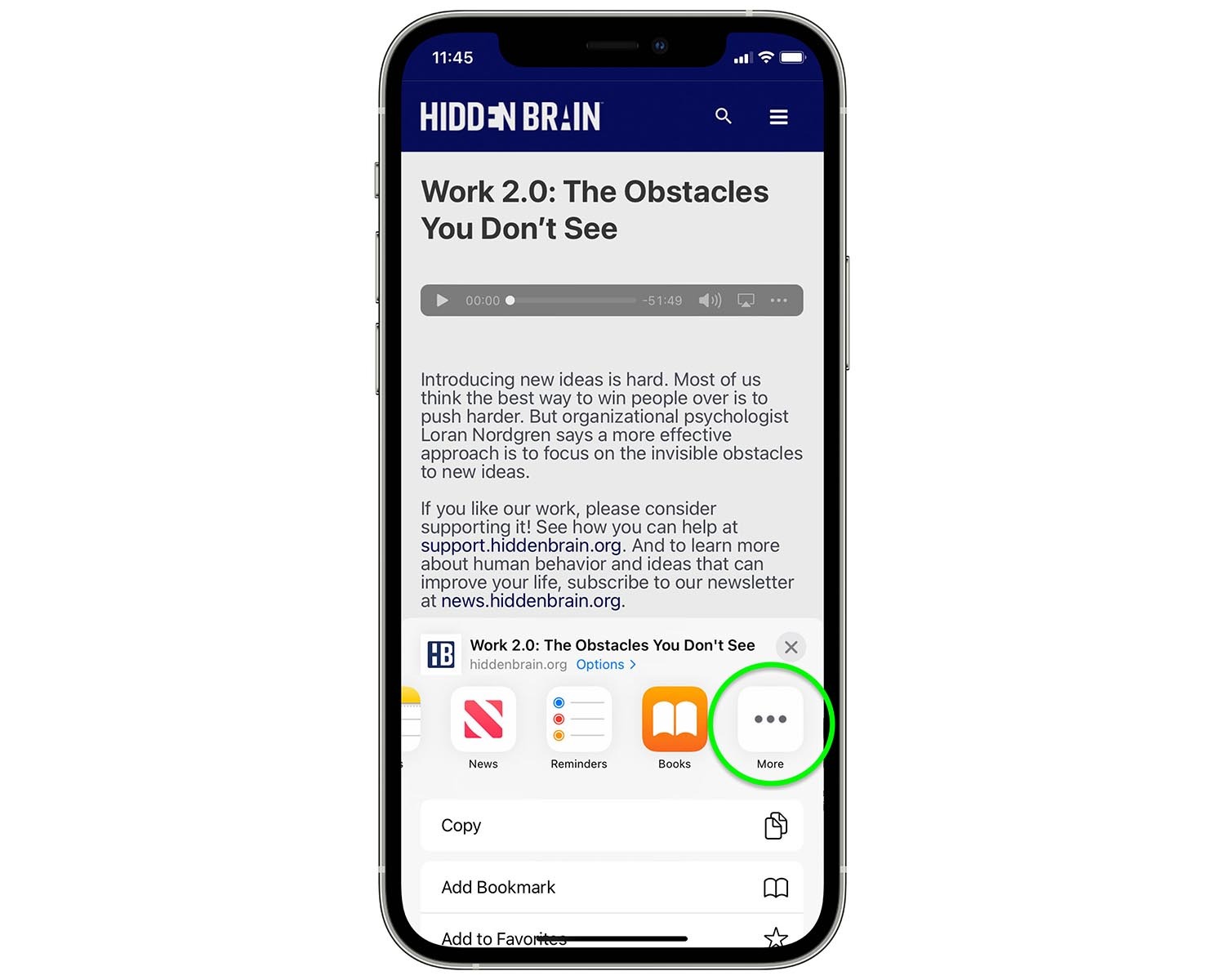 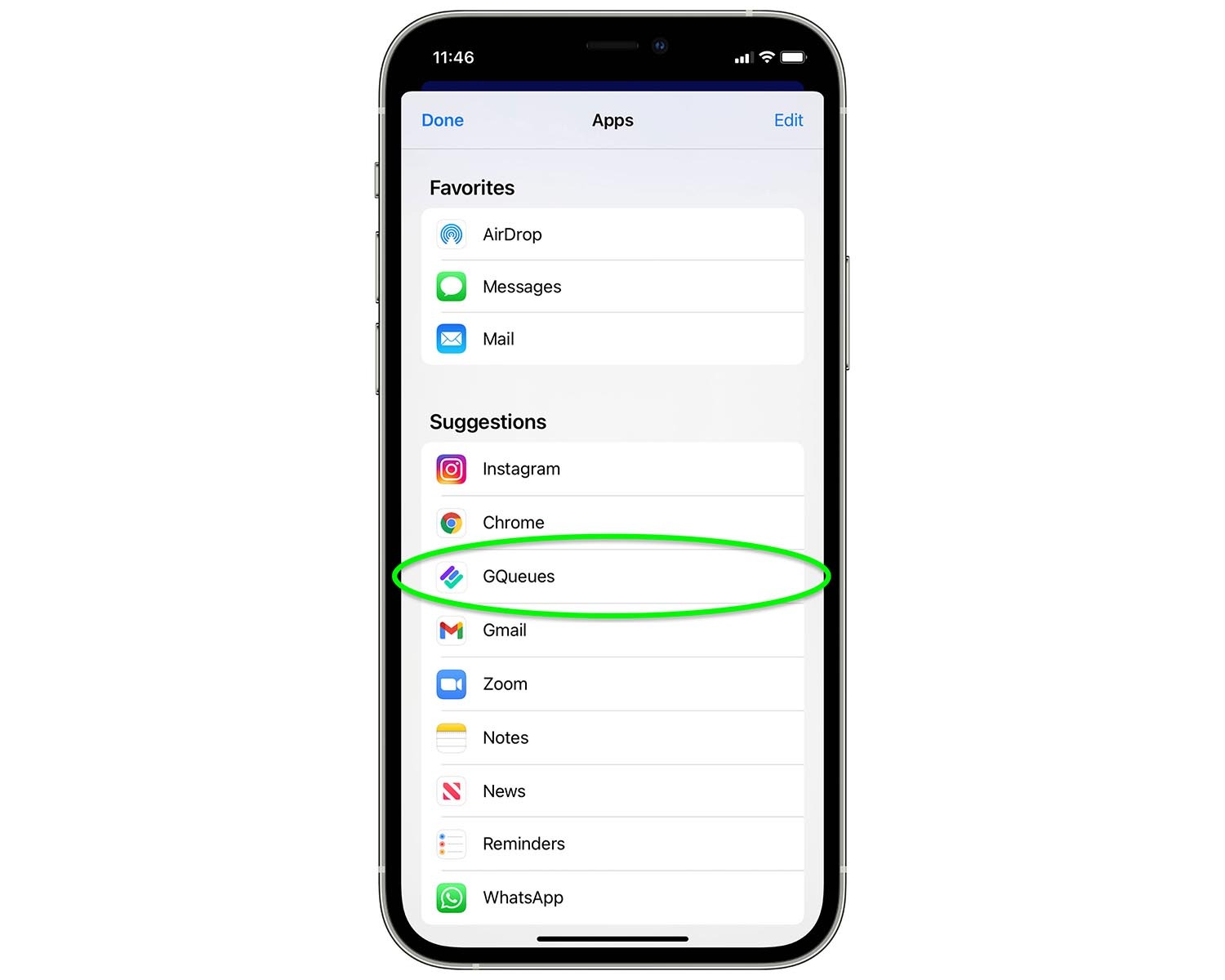 Then you can tap the GQueues icon to create a task. 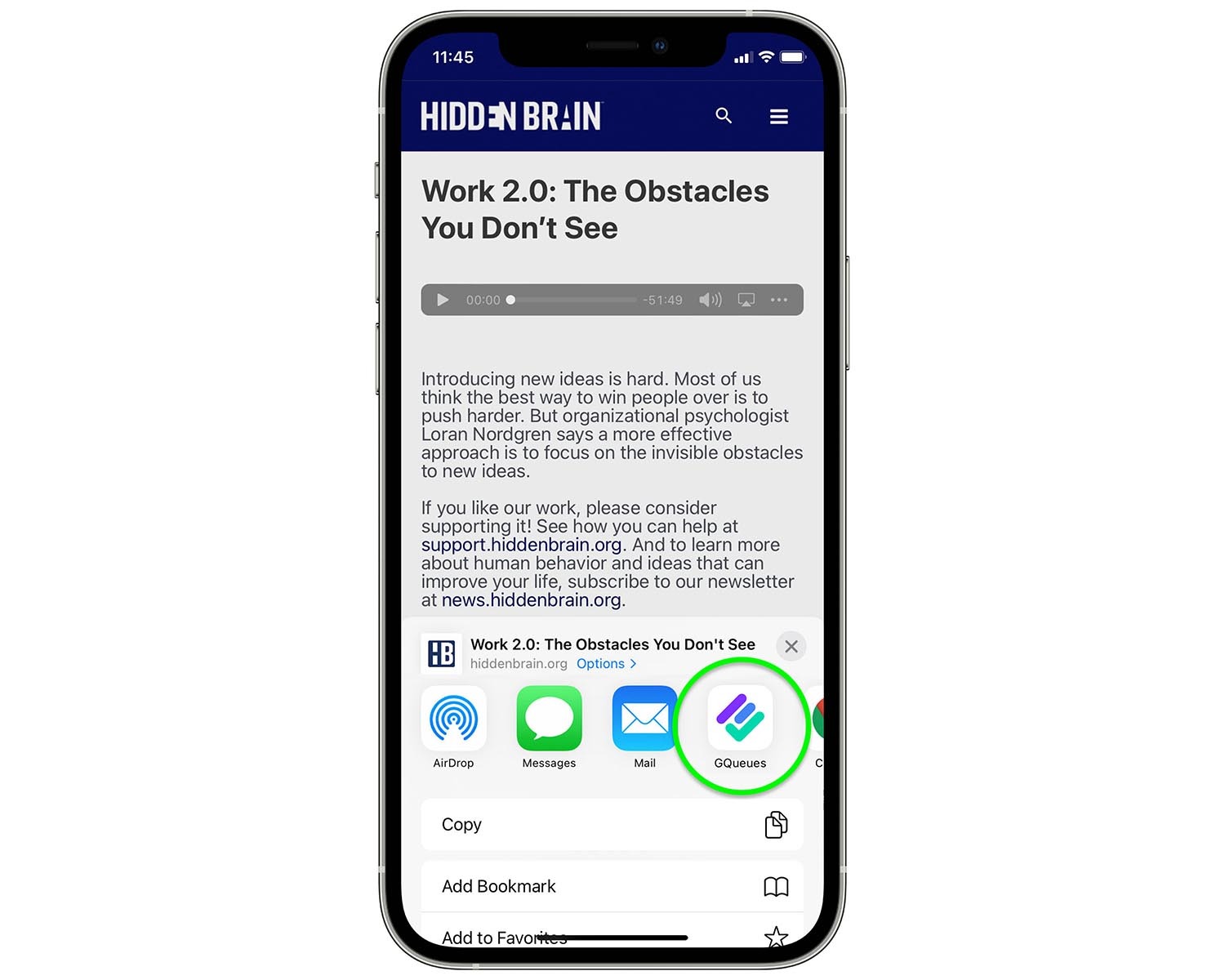 If you have multiple GQueues accounts you can choose which account to create the task in by tapping the email address at the top of the screen.

Select the queue where you want to create the task and other task details, then tap Create. 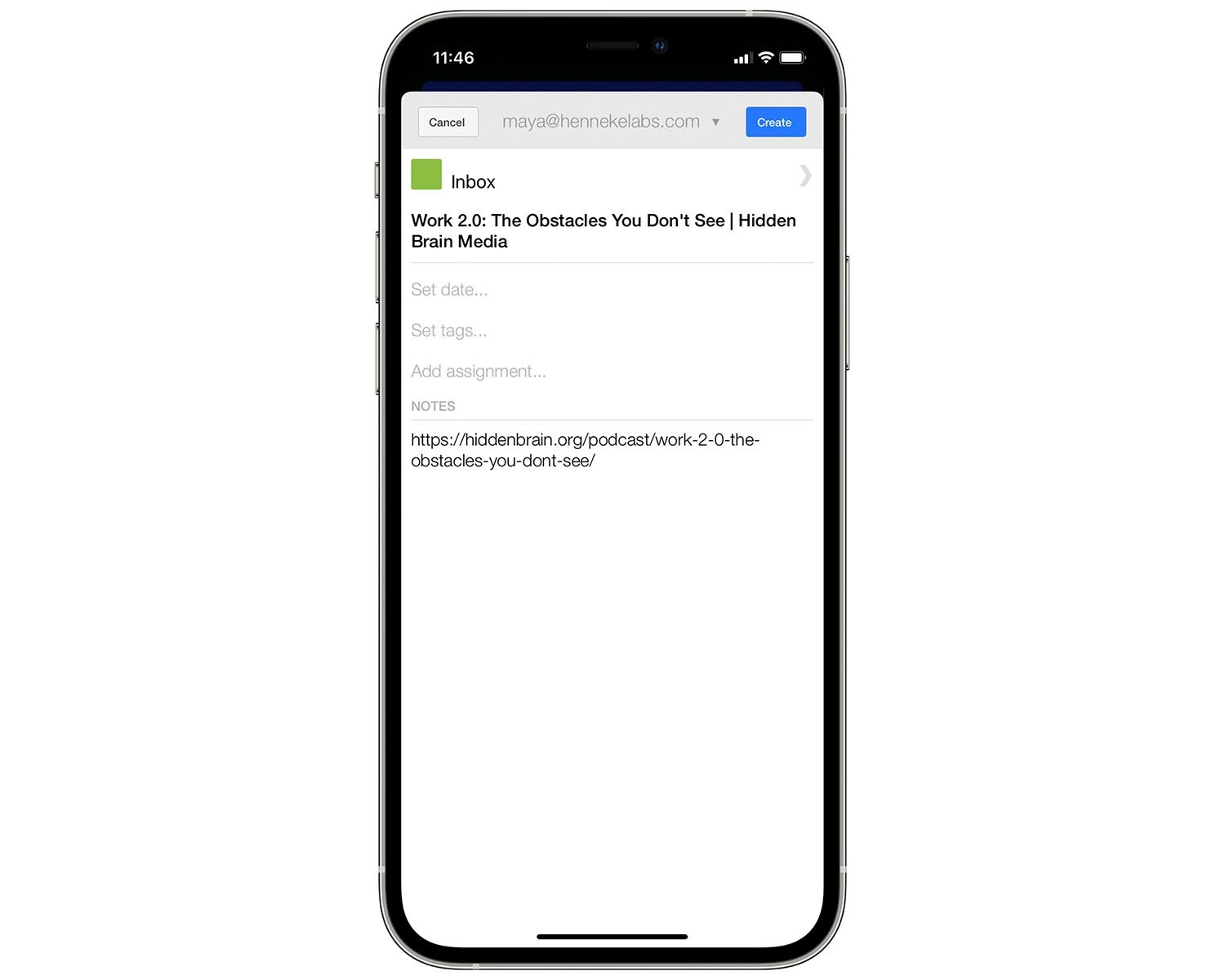 Complete, archive, and delete tasks with the iOS app

Edit tasks in the iOS app

Reorder tasks, queues and categories in the iOS app

Did this answer your question?